1 of 1 View Photo Gallery
Previous Next

The need for a new luxury hotel speaks to Toronto’s growth in general, and its growing status as a tourist hotspot. What’s more, the original plan for 88 Blue Jays Way involved an 18-storey building, but developers had to rezone the site — perhaps due to the project’s high demand. Thanks to its shift in zoning, the Bisha Hotel & Residences reaches to an astounding 42 storeys high.Following in the footsteps of the Four Seasons and the Thompson Hotel, 88 Blue Jays Way is home to a sizeable luxury hotel as well as 355 luxury condos in the King West neighbourhood. Lifetime Developments paired with Rudy Wallman and his team at Wallman Architects to create the modern and lavish Bisha Hotel & Residences, with Gh3 in charge of the landscape architecture.While the hotel and residences were built in 2017, the red brick podium has in fact been around much longer: the front entrance of the hotel was formerly a single-family dwelling. During construction, additions were made to both sides of the house — mimicking its appearance in order to blend in while increasing area and the potential for density.The front entrance leads directly into the hotel, however there’s also a drop-off spot for both residents and hotel guests on the north side of the building. Soaring above the red brick base is, naturally, a glass tower. Vertical copper fins and glass panels surround the façade, reaching past the uppermost story to form a barrier that surrounds the rooftop terrace.While some buyers might be wary of being overwhelmed by hotel guests (also known as tourists), those interested in 88 Blue Jays Way will be glad to hear the residences cover more than two times the amount of space as the hotel. In terms of suites, there are 93 hotel rooms and 344 homes found throughout the building.Unsurprisingly, the building has more than its fair share of amenities that range from the standard to the opulent. Residents have access to a gym, a rooftop terrace with garden, infinity pool, bar and cabanas, a games room, multiple meeting rooms, a lounge, and even a hair salon. There’s also a concierge on site, as well as guest suites and visitor parking for when homeowners choose to entertain. In addition to the residences’ amenities, those living at 88 Blue Jays Way can also pop over to the hotel’s restaurant, bar, or 24-hour café on a whim.

The homes at 88 Blue Jays Way range dramatically as well. Single professionals or couples might opt for one of the 400 square foot suites, while those with larger budgets can find units that reach to around 2,500 square feet. The largest of units are called penthouses as per usual, and there are also a number of ‘sub-penthouses’ available. King West condos for sale are always in demand, and as such, prices can be high.Thanks to the distinguished designers at Munge Leung, the interiors at the Bisha Hotel & Residences are sleek and ultra-modern. Floor-to-ceiling windows and exposed concrete ceilings set the mood, while open-concept kitchens with natural stone countertops are ready and waiting for the most proficient of home chefs to use.The suites also boast double-glazed insulated windows for maximum efficiency in terms of heating and cooling, while private outdoor spaces allow residents to enjoy the elements when they so please. Wraparound balconies even grace some of the larger units, while striking vistas of the cityscape are available to all.

Boredom simply isn’t an option when living in Toronto’s Fashion District. Along King West, Adelaide, and Richmond Streets, residents can find everything they’re looking for: from quaint cafés to posh cocktail bars, as well as entertainment venues, galleries, and boutiques.Even celebrity sightings are made easier just by living at 88 Blue Jays Way: the TIFF Bell Lightbox, the hub of the annual Toronto International Film Festival, is just steps away. And while the festival only occurs for 10 days each year, residents can enjoy watching international and independent films at the permanent theatre year-round.

Getting around is easy with an address like 88 Blue Jays Way. In less than a minute residents can be at the streetcar stop at King West and Peter Street, where the King streetcar stops before heading east toward the subway or west toward Liberty Village and beyond.Drivers can use one-way streets like Adelaide and Richmond to avoid heavier traffic that builds up on major arterial roads — especially those with streetcar tracks. The Gardiner Expressway can also be accessed in just a few minutes via Spadina, from which residents can speed east or west along the southern edge of the city.
View on Google Maps 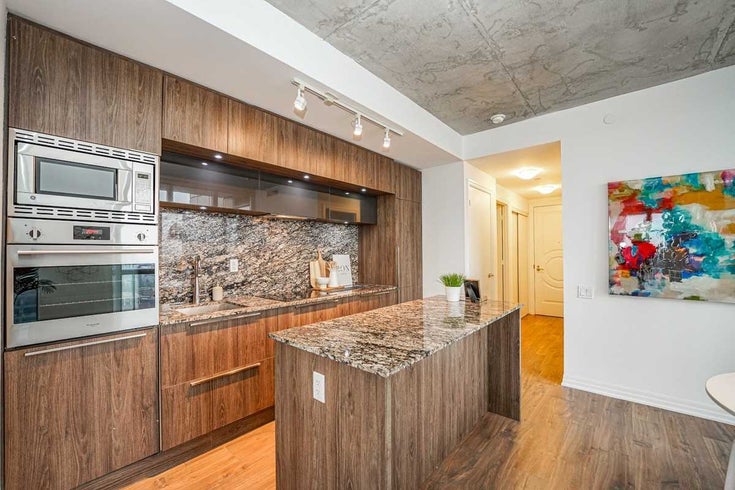 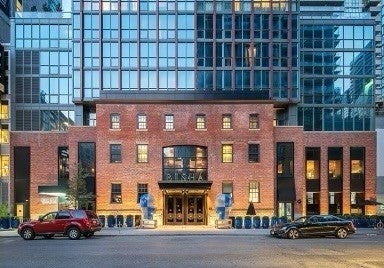 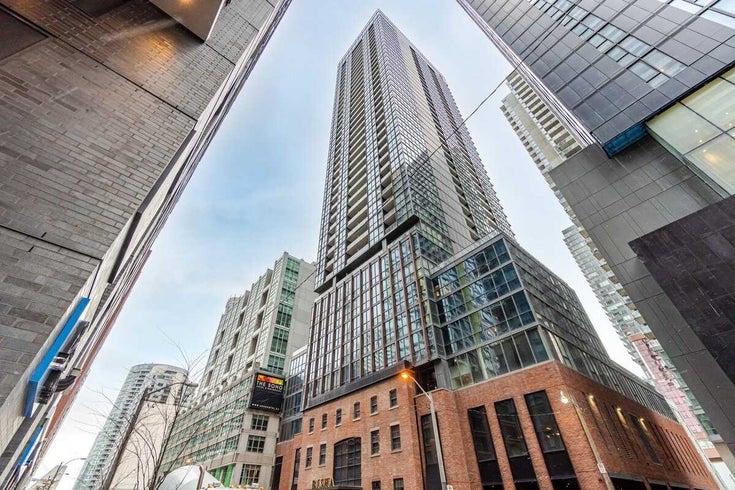